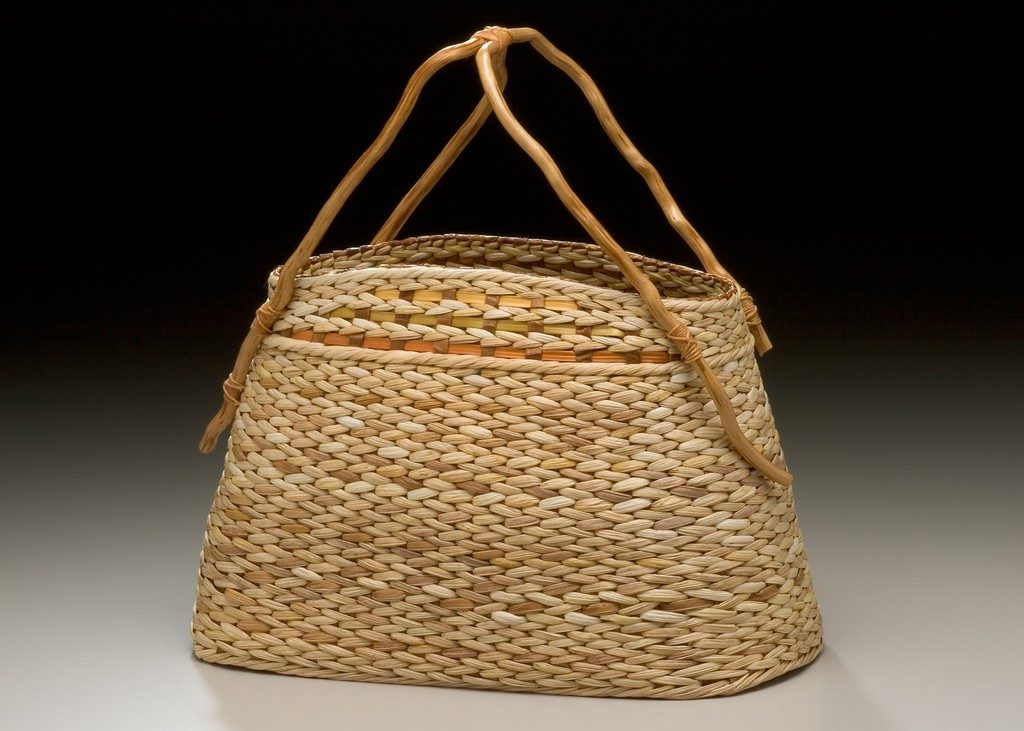 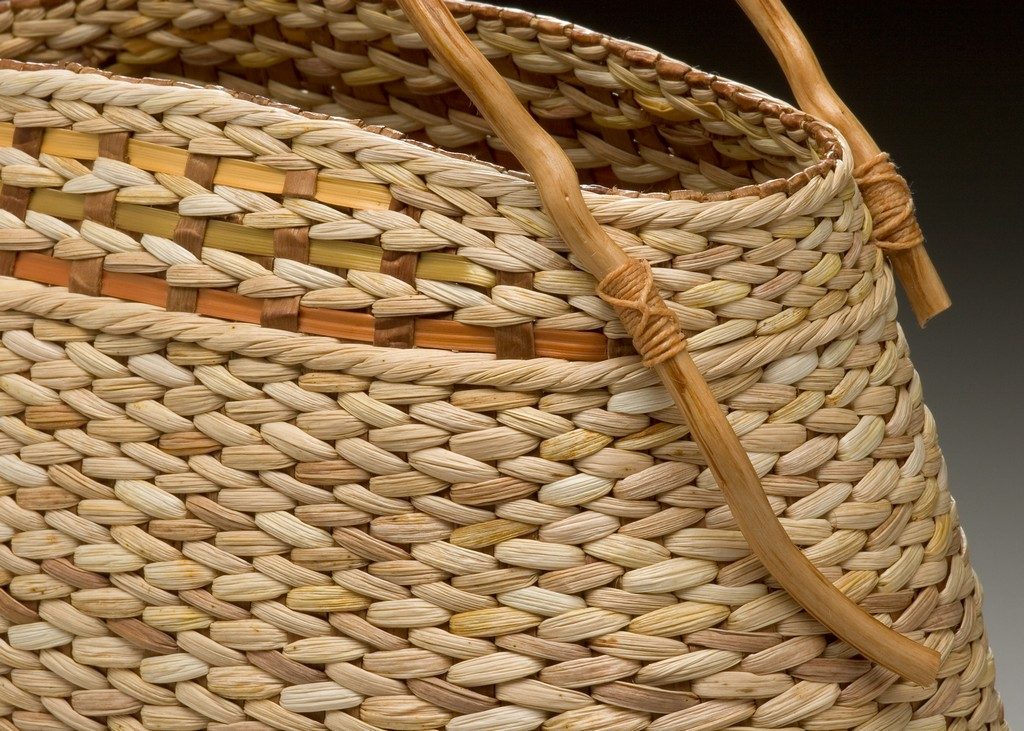 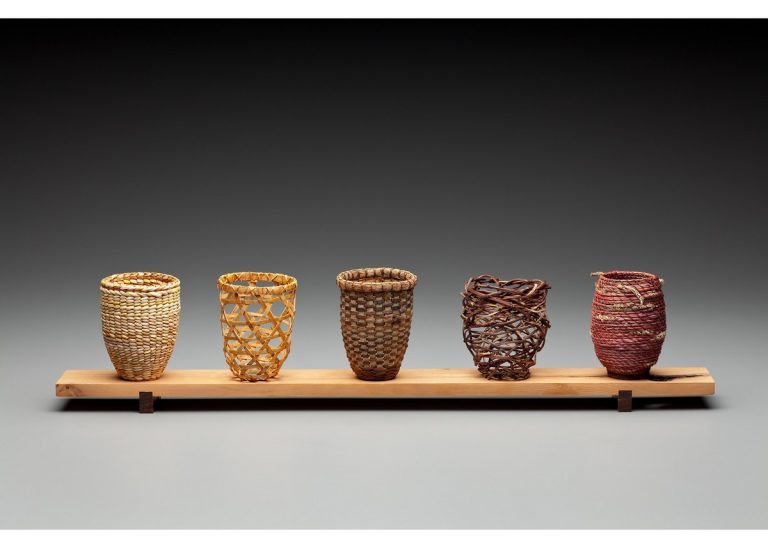 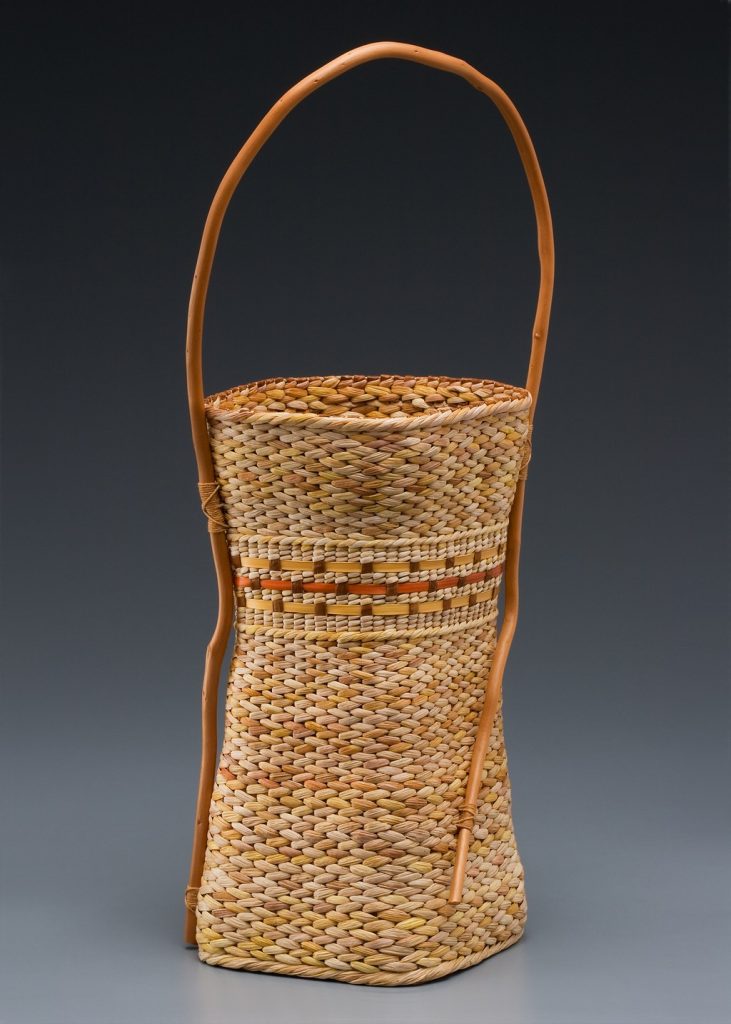 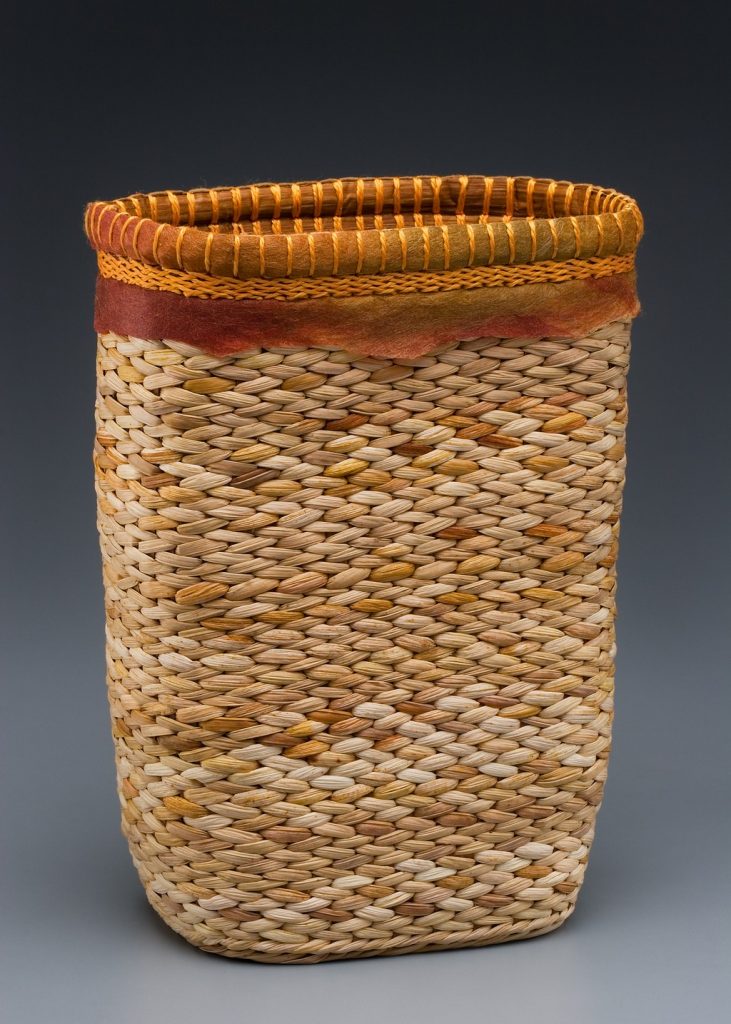 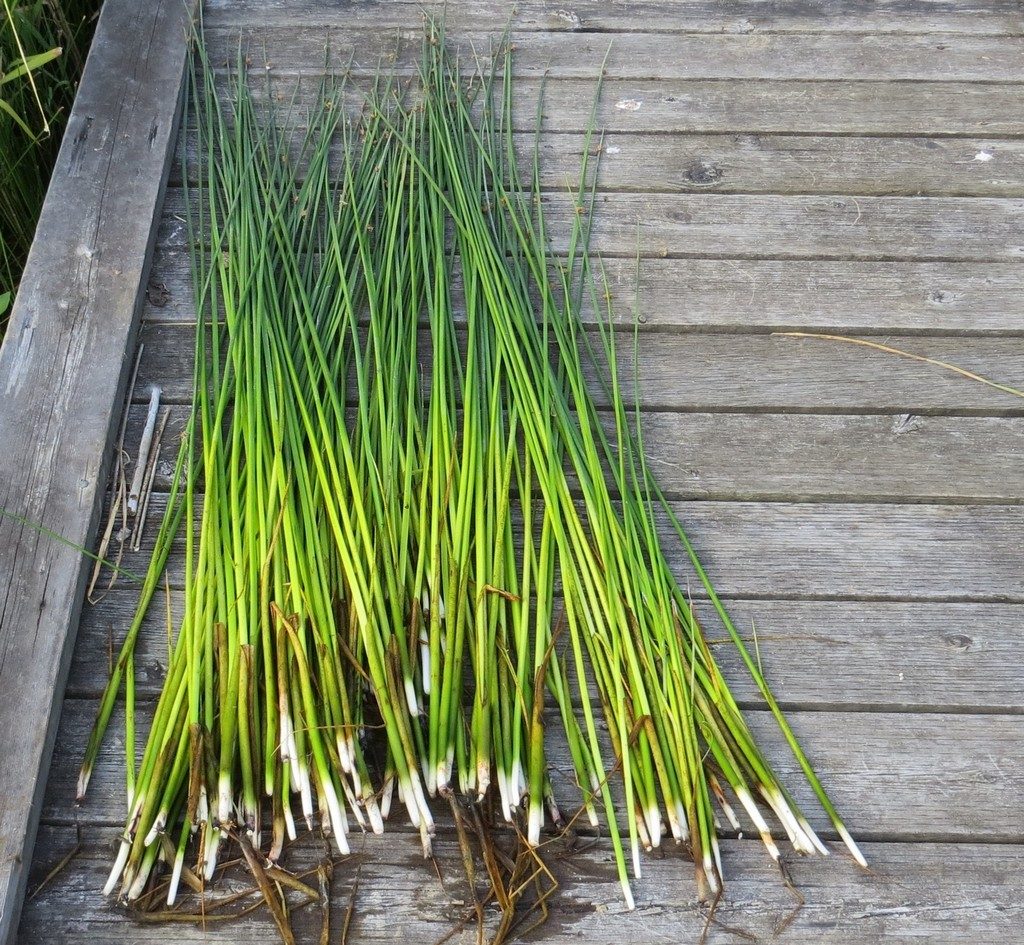 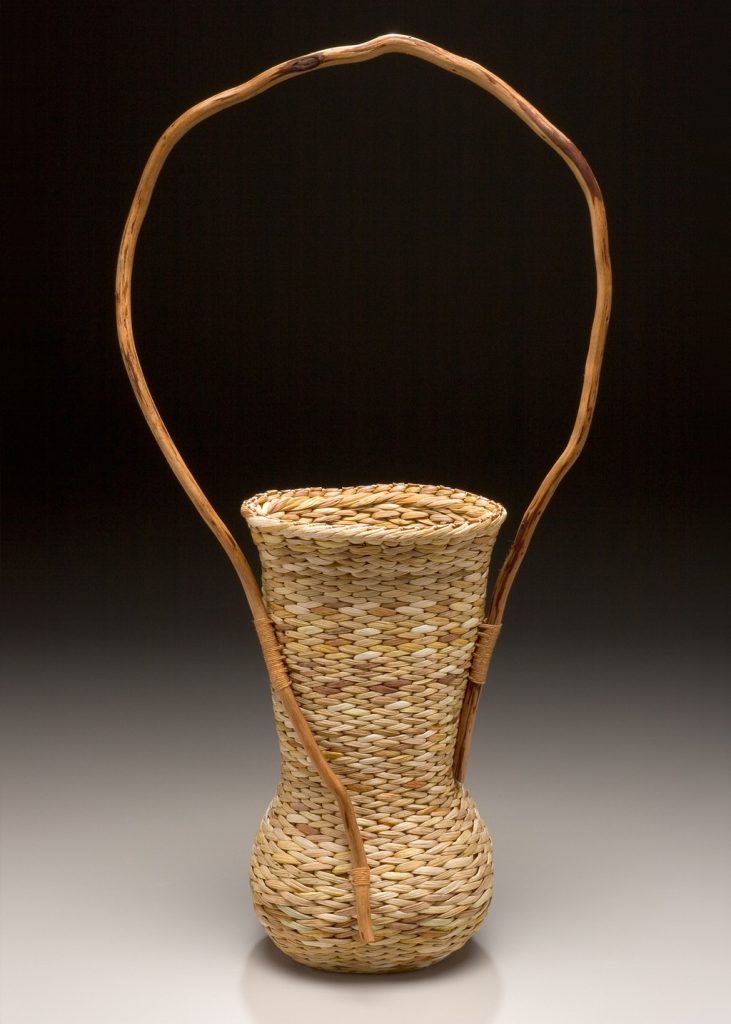 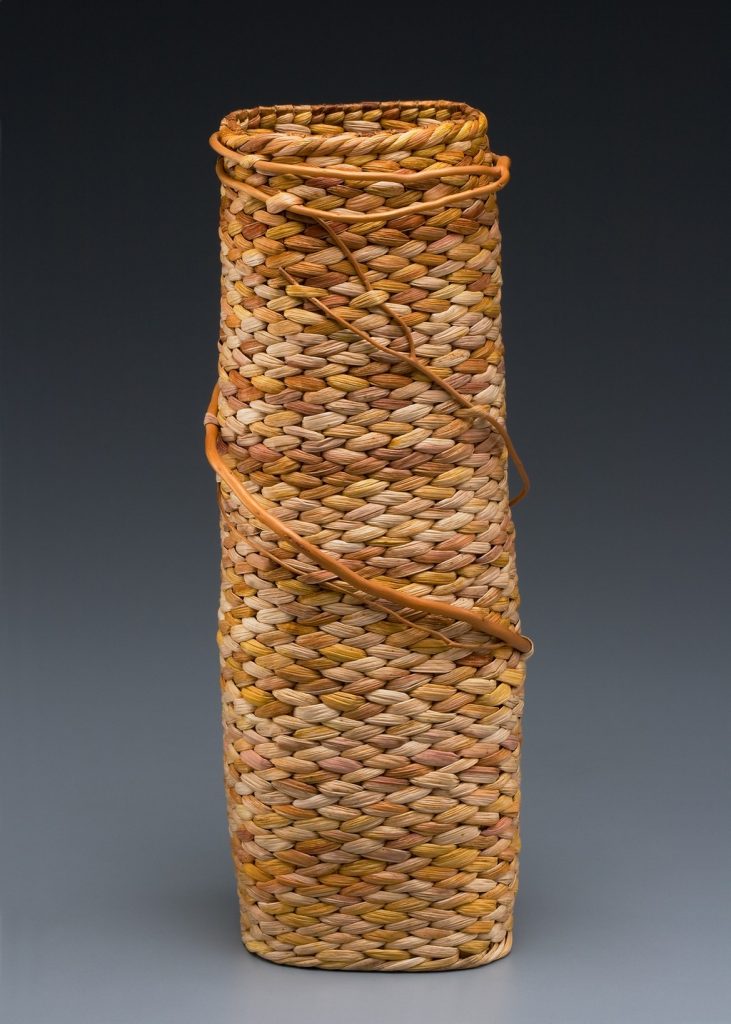 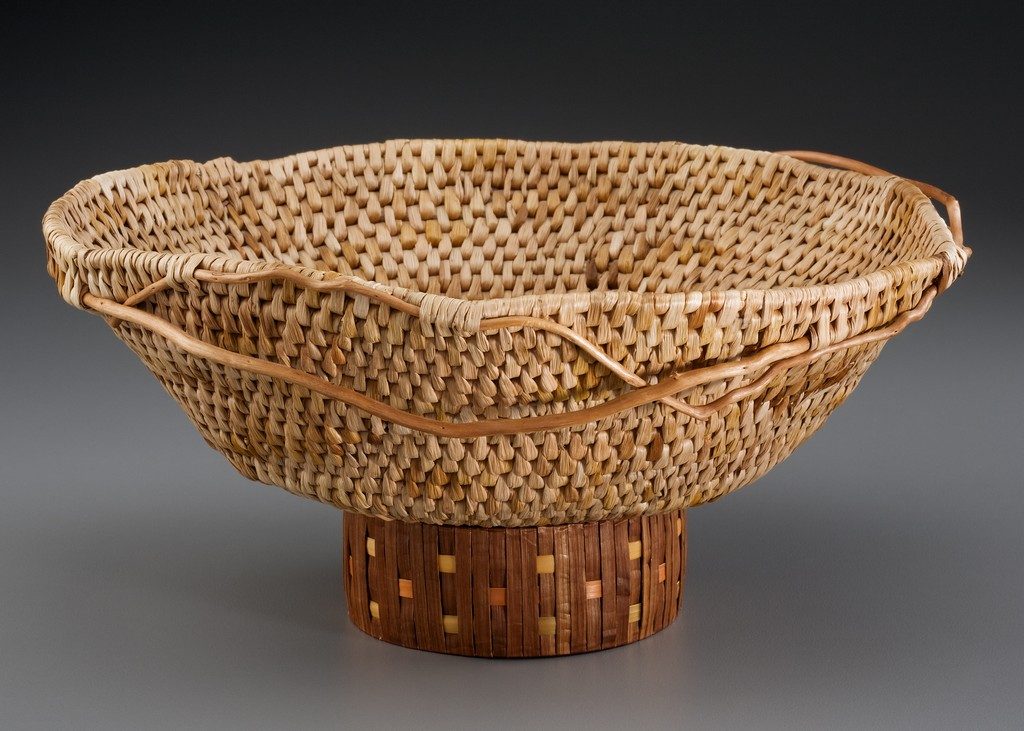 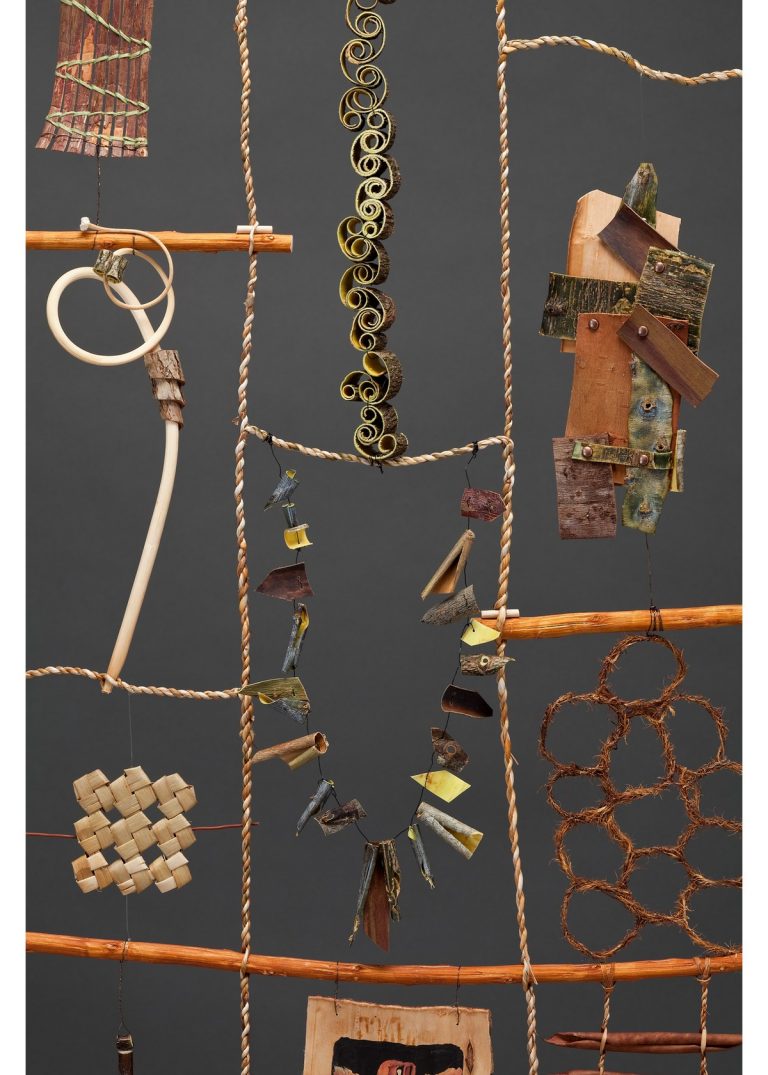 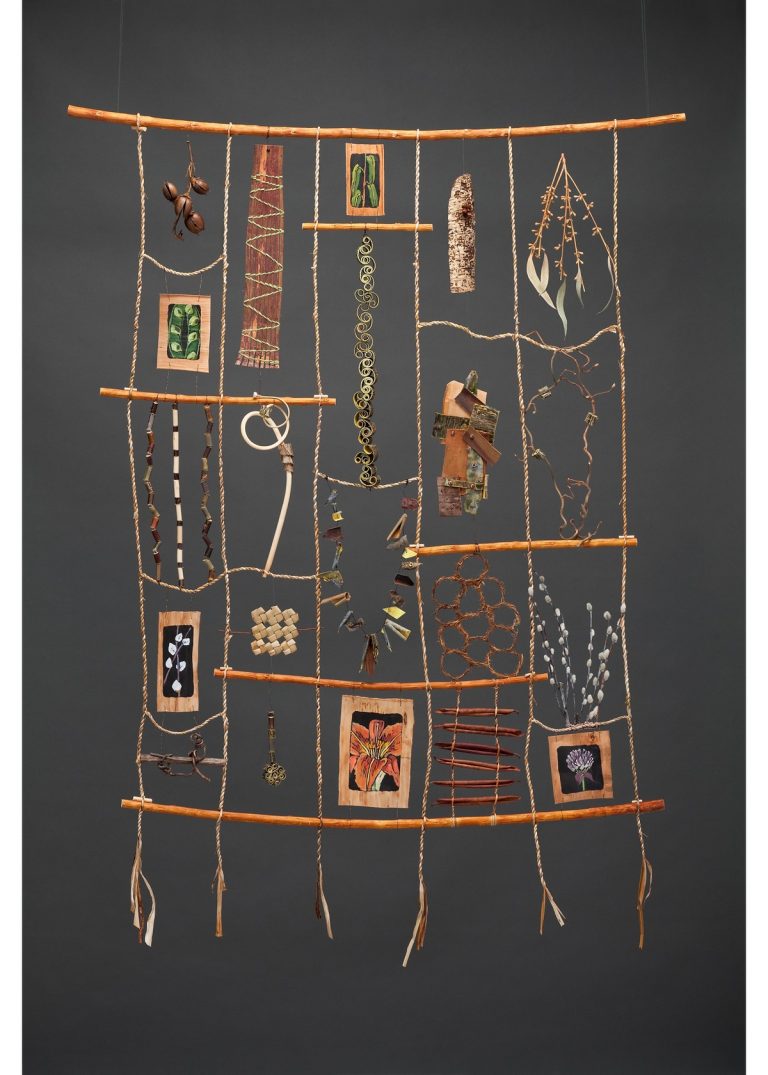 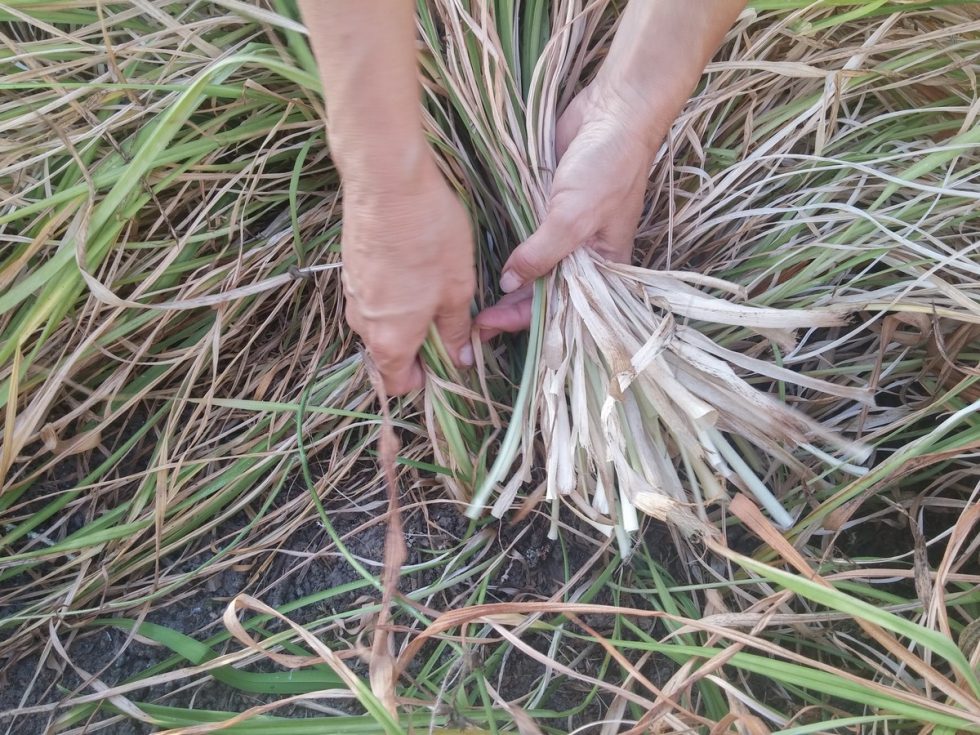 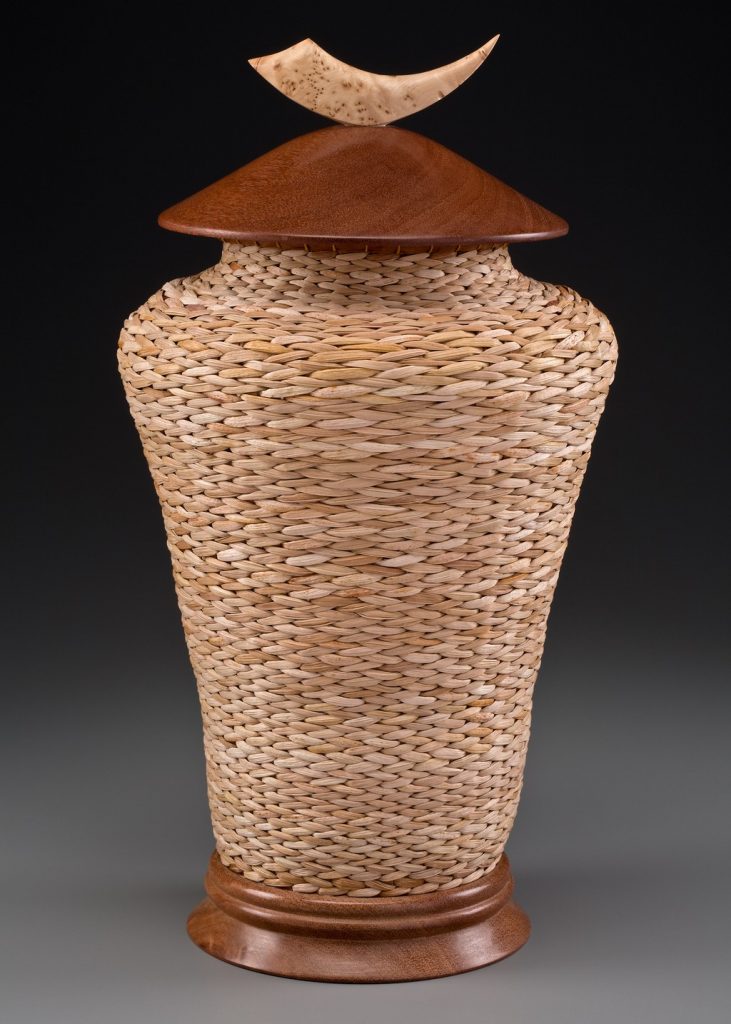 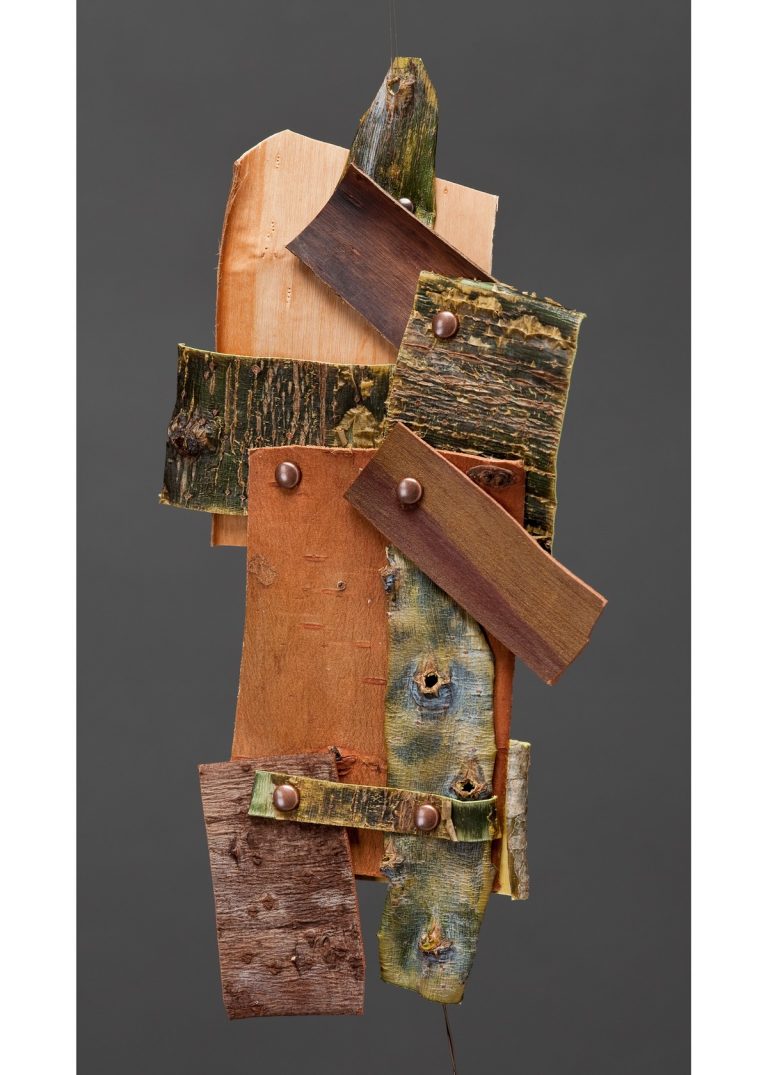 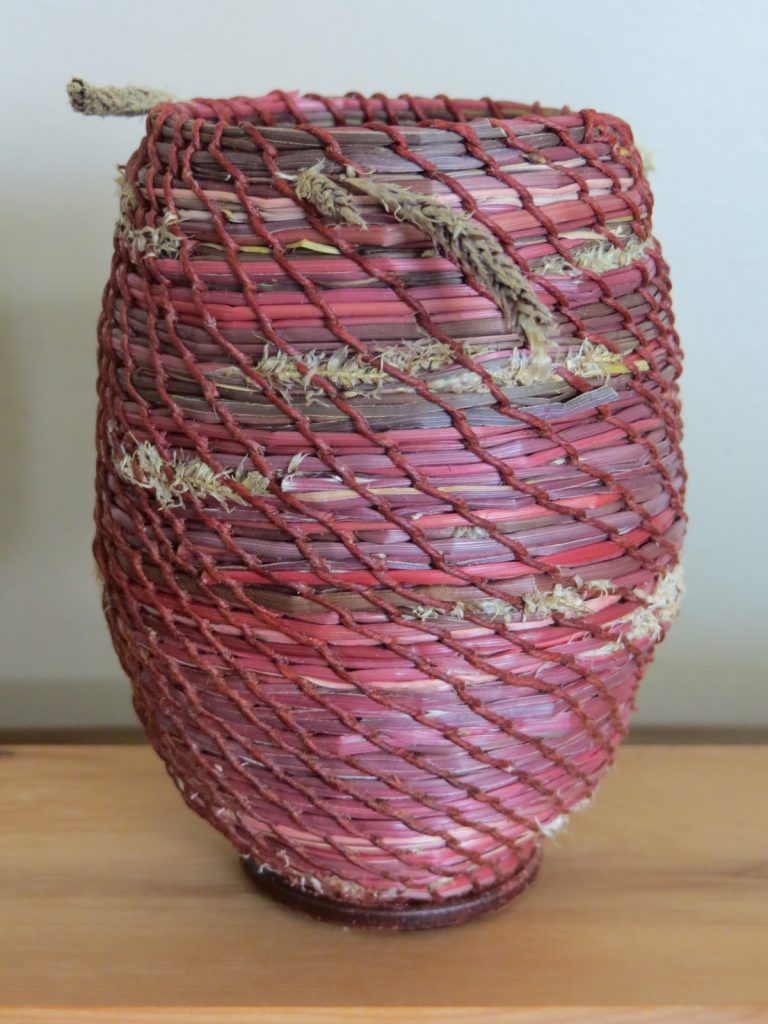 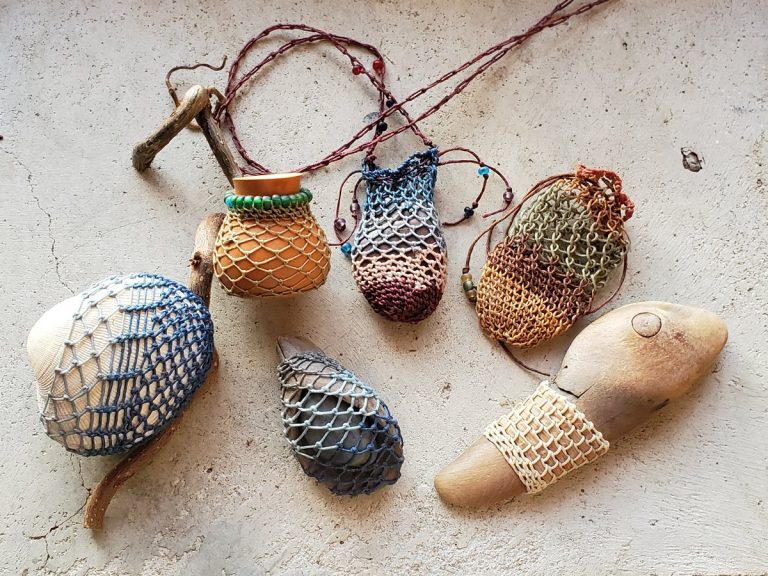 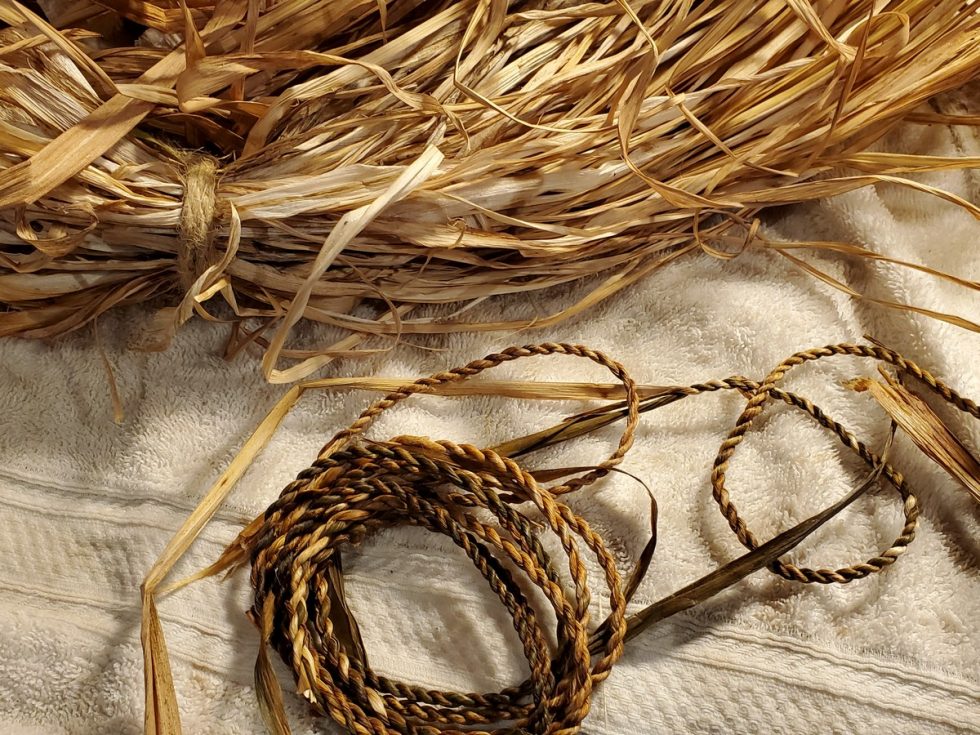 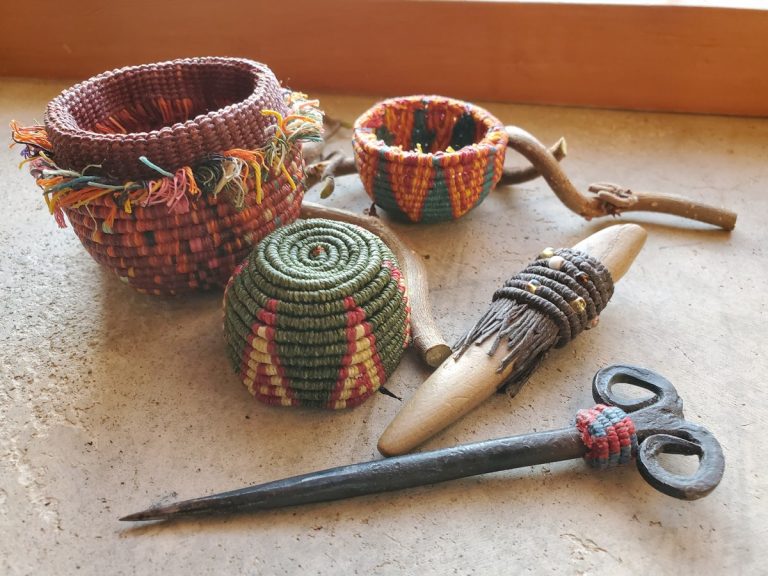 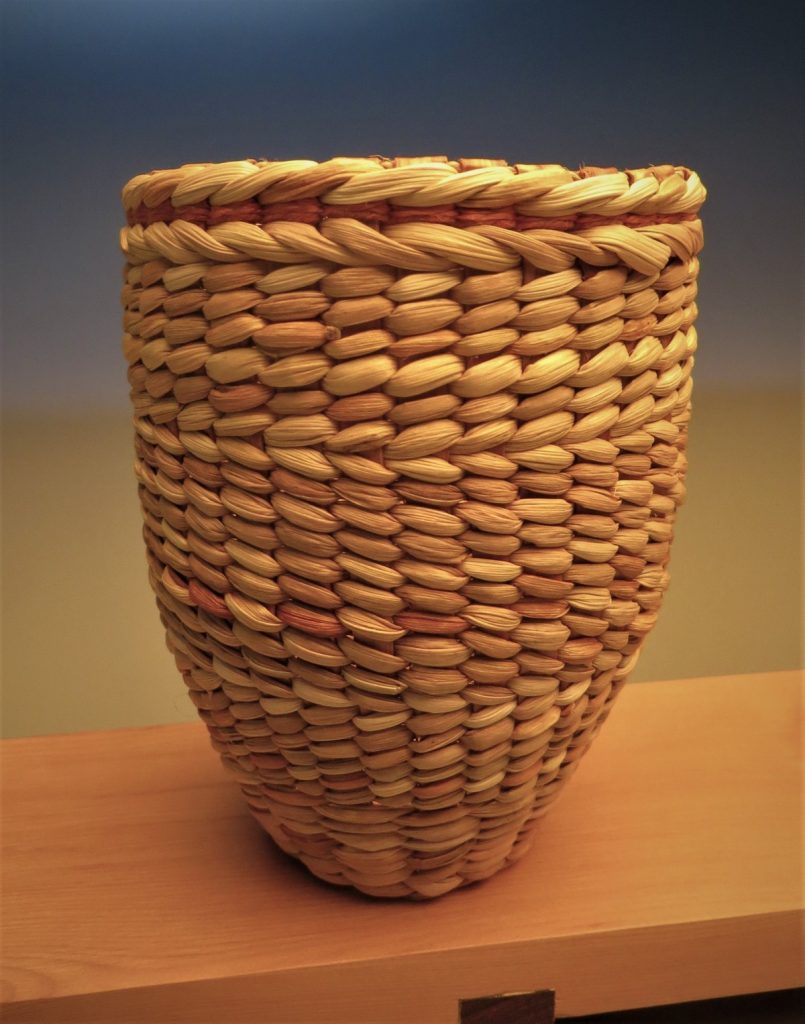 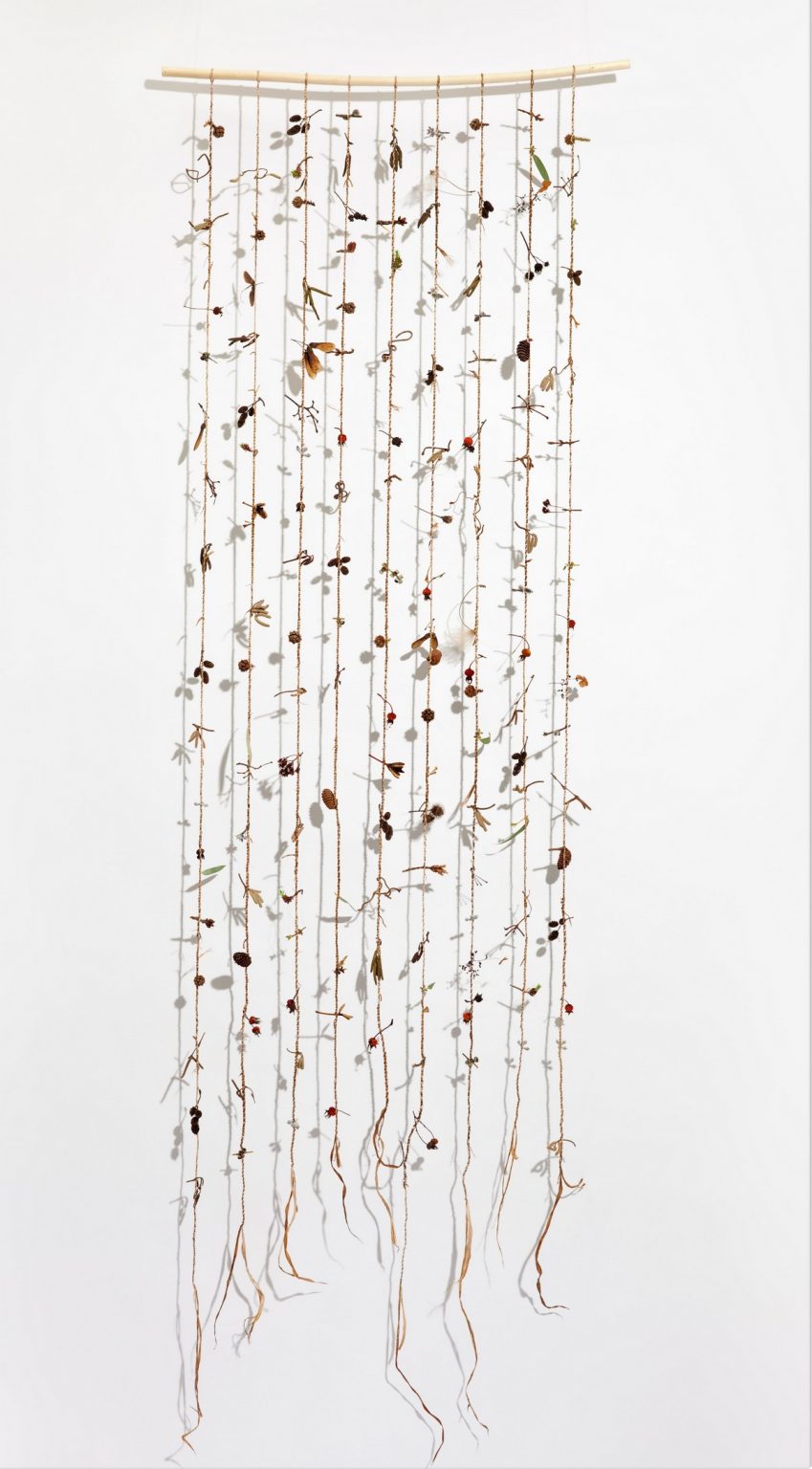 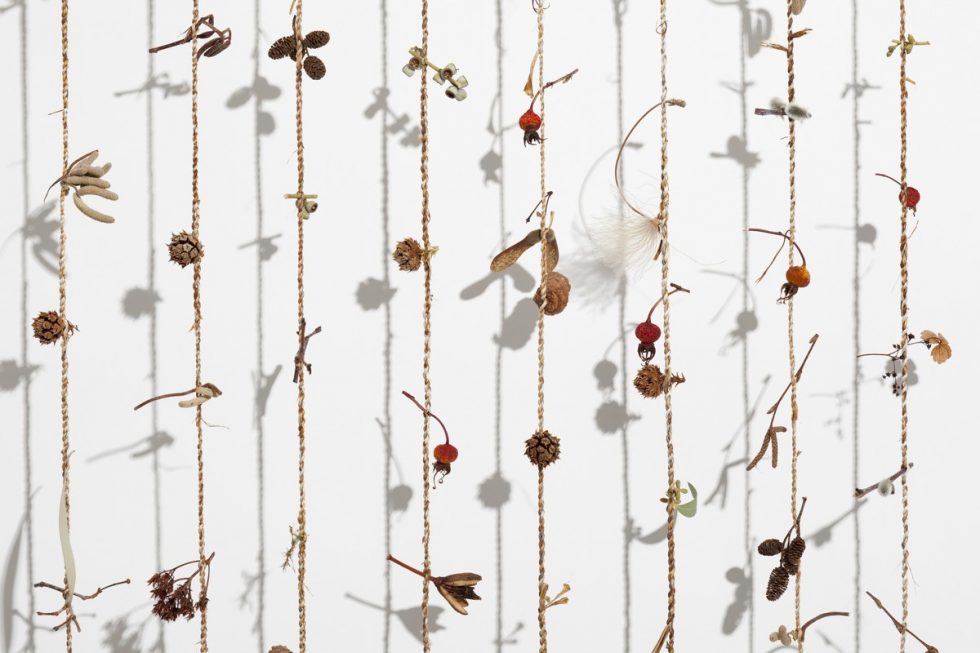 A work by Joan Carrigan from her Entwined Series received the HGA Award. This work was utterly charming. Originally a more experimental or contemporary work was considered for the award; however, after spending time walking through the exhibit and looking at the works, I realized that the restraint and subtlety employed by the artist was responsible for a powerful work that remained in the mind and heart much longer than those which offered a greater initial response.

“The basket is woven with traditional Northwest Coast basket materials, including cedar root, which is often incorporated to appear entwined around the basket or act as a handle,” Carrigan says. “The forms are inspired by Japanese aesthetics.”

Juror for Don't Fence Me in, Containing the West